An actress in her time plays many parts.
This may be Delia's last.
New York, 1890. Is no one what they seem?​ 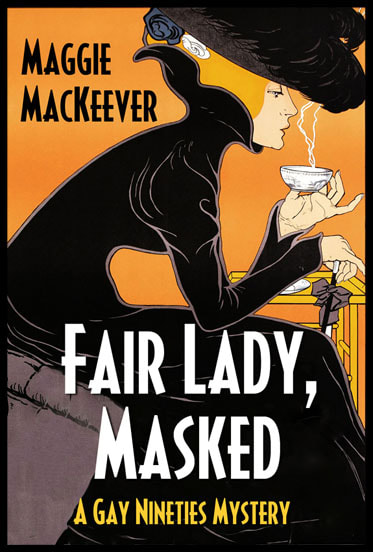 Delia Ross has freed herself from society’s expectations.

Luke Kelly has not.

The emancipated actress and the disapproving police detective set out for Saratoga in pursuit of a fugitive jewel thief. Along the way they will encounter collusions and contrivances, diabolical double-dealings, a talented table-turner and a murderer and, maybe, a very irritated ghost.

From an inner office came a low hum of conversation. The door was ajar. Through it Delia saw, seated at a long scarred walnut table, a wiry clean-shaven man with unruly auburn hair. On the far side of the table, in front of the window, stood an imposing barrel-chested figure with heavy jowls and bushy brows and a receding hairline. “Tell me I didn’t hear you say you mean to employ a female,” protested an unfamiliar voice.

“I don’t like this new breed of mushy-headed suffragists who think they should leave off their corsets and work side by side with men,” the unseen speaker growled.

If ever she had heard an entrance cue--
​
Delia walked into the room.
​
Release date 7/1/2022. Available now for preorder on Amazon.
Maggie MacKeever is the author of forty-plus novels, most of them set during England's Regency era. She has been published by Fawcett Crest, Pocketbooks, Doubleday, Putnam, Zebra, Belgrave House/Regency Reads and Vintage Ink Press.

Maggie lives with two spoiled house cats in Los Angeles, where she is at work on the next book in her Gay Nineties Mystery series.

Thanks for stopping by. Come back soon.

The books listed on this site are available from the usual vendors, including
Amazon.